After a time of crazy growth, we had a number of people leave as a result of some challenging changes we had implemented. Primarily, it was around developing a discipleship model that shut down many of our affinity groups as well as introducing a membership process in order to identify who was really with us in our mission. It was a lot of simultaneous change to manage in a relatively short span of time…and frankly, a perceived “culture shift”. No small thing.

Regardless, in a church that was numbering around six-thousand at that time, it was hard to know all the reasons that people chose to leave. And many left without a peep.

We had a friend who led a company that ran focus groups for major corporations and offered to help.

They identified numbers of people who had left the church and who agreed to meet with a facilitator to discuss why. As you can imagine, it was a terrifically humbling process as a leader to learn all the reasons people exited and, of course, easy to take it personally. After all, the buck stopped here.

The easy ones were those who had physically moved away from the church. Others were around personal issues. There were some who left because they didn’t like a particular message series (yes, it happens). Some were upset about staff changes. Some just felt that God called them somewhere else. Sheesh…how do you argue with that?

But most left not so much because of the changes, but because of poor communication regarding those changes. The bottom line: There was not enough of a “why” component in what we said. No doubt some would have left regardless because they simply didn’t like change, but we really failed at explaining why the change was so important.

You’ve probably heard it said that a vision doesn’t stick until you’re sick of talking about it. Same way with helping people manage change. Truth is, most of us don’t like change unless we’re the ones making it.

Good communication for any major change takes good planning; it’s not just shooting from the hip. Several drafts and feedback from a diverse group should be the norm.

Next, determine the circles of communication: who needs to know what when.

For instance, I once threw out a Big Idea at an appreciation lunch for volunteer leaders before I had even talked to the staff director of that ministry. I just thought I was on a roll! And yes, he rightfully confronted me afterwards.

Good communication will always include:

Do you have any big changes coming?

Are you leveraging your communication to serve your people in the best ways? 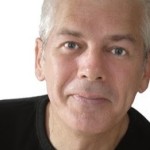