Leaders Should Ask These Two Questions Each Day

One of the biggest questions you as a leader need to ask is:

“Are those who report to me headed in the same direction as me?”

That’s a question for everyone who reports to you.

No matter where you are now, I recommend you take a motto to heart. In fact, if you are looking for a tattoo worth getting this might be the perfect line.

“Steve, you just have to trust me with these guys. Let me just do the job you assigned to me. I need the authority to do this, or I’m not going to succeed. If you don’t, I’m going to quit and get a job somewhere else.”

Those are the words of one of the leaders with whom I worked the most closely. I was stunned to hear that. On one hand, I wanted to fire him on the spot. I wanted to go for his jugular and asked myself which side would be the best to go after – his right or left one!

But as I mulled it over it was clear that even though he showed a harsh, even disrespectful message, it’d be difficult to replace him – (plus I didn’t relish the idea of spending years in jail for a second-degree homicide conviction). I decided to flow with what he had in mind. It took a while to see what was going on, but eventually, it was clear he was taking his part of the staff in a different direction than mine.

A business owner gave me the motto to keep in mind with 100% of managers we trust and empower. “Trust but verify.”

In short, this guy was saying, “Trust me, but don’t verify, and don’t ask too many questions.”

When that attitude exists, it needs to be addressed immediately. It’s a common issue that deserves a conversation to clarify things with that employee.

Keep giving assignments. Also, keep clarifying what you want to see in terms of direction. Here’s the lesson I took away from it all – if those to whom you trust give a strong pushback as you try to “Verify” then it’s time to find their replacement.

Be the Manager You’d Want to Have

It’s tough to be the one who makes a role change but far more difficult to keep it going in the wrong direction. Their attitude can be subversive – all the more essential that you deal with them.

Are you a manager? Sometimes those you work with are innovators, and it’s a bad idea to hinder them in any way.

Don’t chase after those who threaten to quit.

Sometimes they are bluffing.

Regardless, you are the leader, not them.

They might truly quit. They will probably take their leadership style with them to another job.

The bright side is: At least they are out of your hair. 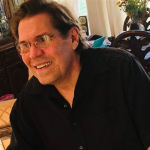 Steve Sjogren has been a part of successfully planting five churches across America and Europe and has successfully deployed eighteen churches. Additionally, Steve has coached dozens of church planters from a broad base of faith groups. His church planting book, Community of Kindness has encouraged and influenced thousands of church plants. He currently coaches planters at various stages in their development. You can reach Steve here. Read More About Steve Sjogren At His Author Page

The Most Important Question A Church Planter Can Ask

How to Have The Best Thanksgiving Ever

Do You Have “Missional Integrity”?

Church Planting? Focus on These 3 Things!