Commitment to organized religion is now declining at the same time the public passionately pursues personal, spiritual journeys. How ironic that established/mainline denominations are shrinking during one of the most intensely spiritual periods in North American history. Aside from the spiritual malaise of many churches, two cultural changes lie behind this decline.

First, we can no longer assume that Christianity provides everyone’s starting point for spiritual reflection. Many forms of religions and gods wrestle for the attention of the North American public. Young adults try many spiritual paths, Christianity merely one of them, along their spiritual journey.

Second, the 21st century has not been a continuation of the 20th century. Instead, in this world, the need for relationships will dominate the landscape. We are entering a constantly changing, high-tech world of alliances and networks, leaving behind the machine-like world of the industrial age. We have heard it before, but we have not assimilated it: “High tech demands high touch.” This change fundamentally affects the way Christians will evangelize in the 21st century.

Prior to the 1960s, pastors impersonally “preached” people into the Kingdom. People “walked the aisles for Jesus.” Local churches held revivals targeting non-Christians. With little or no prior relationship, people were encouraged to give their lives to Jesus on the spot—and they did.  Denominational headquarters turned out canned “programs” geared to preparing church members to be evangelists. People were taught how to use Evangelism Explosion or to lead people through the Four Spiritual Laws. As effective as these methods were, they started losing their effectiveness the closer we got to the 21st century. Churches that hold onto these outdated methods will find fewer and fewer people “walking the aisle.”

The modern world took a cognitive approach to discipleship, beginning with belief, moving to belonging, and resulting in behaving. Today’s experiential culture requires just the opposite. Discipleship moves from changing one’s behavior, to becoming part of a community of friends, to belief in the God seen in those new friends’ lives. The day of walking the aisle for Jesus is disappearing in the Western world.

Many of the conversions recorded in the 20th century were dramatic, immediate, “Damascus-road” experiences. My own conversion occurred that way. One day a drifting, rebellious, alcoholic teenager, the next day I was literally preaching the gospel.* However, the gradual, looking-back, Emmaus experience gives us a better way of describing conversion today. As recounted in Luke 24, Jesus joined two men on the road to Emmaus. Along the way they shared with Jesus the recent events that had just taken place in his life, never realizing they were walking with Jesus himself. . . .

As they came near the village to which they were going, he walked ahead as if he were going on. But they urged him strongly, saying, “Stay with us, because it is almost evening and the day is now nearly over.” So he went in to stay with them. When he was at the table with them, he took bread, blessed and broke it, and gave it to them. Then their eyes were opened, and they recognized him, and he vanished from their sight. They said to each other, “Were not our hearts burning within us when he was talking to us on the road, while he was opening the scriptures to us?” (vss. 28-32).

In the emerging world, effective evangelism relies on long-term relationships and growth processes, not rallies, laws, or programs.

It is not unusual for individuals to take two to four years to realize that they have committed their lives to God through Christ.

Two years ago, my worship team and I did a short workshop tour. At one stop our drummer got sick and we needed a replacement. The only replacement we could find, a non-Christian, rehearsed with the group each evening before the workshops. On the third evening, he said to the group, “This has been a wonderful experience. I don’t know what you folks have, but I want it. I don’t think I will ever be the same again. Tell me more about Jesus.” I don’t know whatever happened to this guy, but my guess is that night he began the journey of faith.

Another way to describe it: We are moving from “being saved” to “being transformed.” Being transformed differs from being saved. Being saved suggests more of an event, whereas being transformed suggests a long-term process through a variety of events. Involvement in the mission out of which one is transformed is often the end result of being transformed. Often it is hard to separate one’s transformation from one’s mission. Behavior and belief are merging. For this reason, membership in a church no longer constitutes the goal. In many cases, the only purpose for encouraging membership is to be able to hold key leaders to a much higher standard of behavior than before.

What Are the Implications?

1. Primarily, we see that, in the Western world, conversion takes longer (as mentioned above, perhaps two or three years) and requires more people along the way.

2. We must view evangelism as a systematic process rather than a program that needs a committee.

Evangelism becomes the mission of everyone, not just a committee. A church must start thinking of everything it does as evangelism. Every program and every disciple takes part in the process. The way each disciple lives and relates to those around him or her affects the process. Christians must understand the importance of working together in evangelism.

We no longer have the luxury of thinking programmatically when it comes to evangelism. We must think in terms of processes and systems. The difference between programmatic thinking and systemic thinking is that the former never encourages people to think beyond the program. Programmatic thinkers never look for direct and indirect connections with all the rest of congregational life and mission. Sure, systems thinkers do programs, but they can see all the interconnections that link any given program to a larger goal.

3. Instead of evangelism as a mostly “one-to-one” experience, it seems to be moving more toward a group process (like our drummer experienced).

The process of conversion seems to be done more effectively today within groups than with the old model of one person’s leading another person to Christ. Paul’s formula in 1 Corinthians 3:6 presents a good way to look at evangelism at the turn of this century: “I planted, Apollos watered, but God gave the growth.” For this reason, among others, I continue to stress the importance of small groups that form around behavior modification, much like the Wesley Class Meeting.

4. In “contextual evangelism,” non-Christians respond better to groups or individuals with the same life experiences they have had (e.g., alcoholic to recovering alcoholic or non-Christian to someone who did not grow up in the church).

A Christian from a specific context and background cannot reach everyone. Therefore, churches might want to consider forming “contextual pools” from which to bring together people with similar backgrounds. A contextual pool could have a list of all the committed disciples in the fellowship, along with their backgrounds and gifts. A disciple who encounters an alcoholic in need of God could then dip into the contextual pool and draw out the name of a Christian friend who is a recovering alcoholic or a small group of recovering alcoholics and connect them in some relational way with the person in need.

5. Another implication is “affirmation evangelism.”

Since evangelism is becoming more of a long-term process, often Christians simply have to help people see that God has been active in their lives for a long time and at this point, all they have to do is acknowledge God’s presence. Quite different from sharing the plan of salvation! We see this form of evangelism in the story of Peter and Cornelius in Acts 10. God sent Peter (reluctantly) to the Gentile Cornelius. When Peter arrived, he discovered that God had already been there, and about the only thing left for him to do was to affirm the work God had already been doing in Cornelius’s life. It just may well be that somewhere along the life journey of our substitute drummer, someone will come along to translate the journey and affirm for him that God has been in his life for some time and all he needs to do now is acknowledge God’s presence.

6. A number of evangelistic alliances are forming today that have nothing to do with denominations.

Parachurch organizations—such as Churches United in Global Missions, Leadership Network, and many of the urban coalitions developing around reaching the city—provide foundational training for reaching this new world.  Policy, theology, and institutional recognition are not important to these alliances. Their sole passion is to transform people and cities in the name of Jesus Christ.

Everything I have seen suggests that the new world will be won by those flexible enough to form alliances and networks with anyone who has a similar passion, regardless of theology.  Today’s denominations will be overshadowed by a variety of new shapes and patterns such as new denominations, parachurch organizations that gather like-minded people from many denominations, and new alliances.

The End Is Not Yet in Sight

The further we move into the 21st century, the more important the relational, affirmational, contextual, and group evangelism will become. Just as the days of the charismatic, “Bible-thumping” evangelist are over, so are the days of the programmatic evangelism committee. In their place the church will have to be the church once again: people on a mission to teach and baptize all nations in the name of Jesus Christ.

Easum, author of several widely acclaimed books on church leadership, including Dancing with Dinosaurs, Sacred Cows Make Gourmet Burgers, Unfreezing Moves is the founder of the Effective Church Group. His insights are used in many denominations across Canada, Australia, New Zealand, Ghana, South Africa, and the United States.

*For a full account of Bill Easum’s conversion experience, read his book Leadership on the OtherSide (Abingdon). 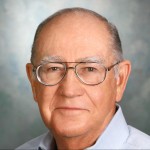 He’s had the privilege of helping over 1000 churches grow around the world, authored nineteen books, received the prestigious Donald McGavran award for outstanding church leadership, invested in a successful partnership with Bill Tenny-Brittian, and had a wife who was strong enough to hold him accountable. These days Bill looks forward to helping grow churches through coaching and through the legacy he’s invested in at The Effective Church Group … because seeing churches grow is still his life’s passion.